Sarah is one of the UK's best known and respected NLP Master Trainers. She started working with NLP in 1986 and has been a Master Trainer for some years, having worked with the original creators of NLP and completed her original trainer training in Toronto with Tad James and Wyatt Woodsmall in 1992. She is passionate about the potential of people and about the value of applying NLP techniques in business, personal development, leadership development and education.
In 2005 she designed and has been the lead trainer for an NLP focused course that leads to a university-accredited Masters' and ILM7 level certificate in Advanced Executive Coaching, which she currently delivers in-house in the NHS.
In addition to these trainings, she works as an organisational consultant, facilitator and coach, predominantly in blue chip companies, with individuals and teams across the private and public sectors, helping them to think strategically about continuing to develop themselves and maintain their edge in an increasingly competitive and turbulent environment.
Sarah's current work includes coaching and training health professionals in the NHS and working with NHS teams, particularly in the area of communication skills, to help them deliver services more effectively to patients.
She has a background in education where she was advisor for Learning Development and In Service Training team in an LEA that consistently pioneered new and more effective ways of learning and teaching for all students in mainstream including those who are gifted, dyslectic or dyspractic. Since 2004 she has worked in Californian schools, developing project-based curriculum materials and teacher training that supports true 21st Century Learning.
She has previously been a regular contributor to 'Rapport', the official ANLP journal, has written for a number of other business journals, is a guest lecturer on several MBA courses and a frequent presenter at conferences.

Jackie is a qualified Instructor and Practitioner of Soul Lightening Acupressure, Certified NLP Trainer, Master Practitioner and Coach, and Certified Practitioner of EFT (Emotional Freedom Technique). Jackie also has qualifications in Indian Head Massage and Reflexology and has also studied to Level 2 in Bach Flower Remedies.
In the field of Further Education, Jackie is a qualified Tutor and Learning Support Practitioner; she is involved at Bournemouth & Poole College, and has experience of supporting students with dyslexia, dyspraxia, Asperger's, ADHD and many other different ways of approaching learning.
Jackie leads a community choir for over 55's, 'Sing Together', and also runs workshops for people who think they can't sing!
She has been running Joyous Isle with Jane Ashford since 1997. 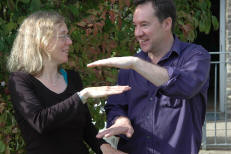 Gilo and Sarah celebrate the close chord and relish harmony. They are popular Natural Voice voice teachers who lead singing groups in and around Dorset. Known for the ease and humour with which they bring people into harmony, and their ability to work with those new to singing. Their days have a strong sense of community, and the songs they teach usually include both sacred and secular. You don't need to read music or even think of yourself as a singer to participate. Just bring your voice, and these two remarkable teachers bring the va-va-voom to meld us into a body of sound for the day. Sing up a storm. Enjoy! 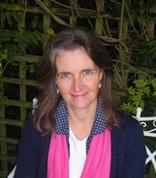 Penny offers a complementary series of courses and individual coaching designed to introduce you to mindfulness and to support you as you develop a daily meditation practice. She is known for her enthusiasm and passion in helping people make the most of themselves and their relationships. We all thrive when we experience friendship and receive kindness — these are two of the hallmarks of Steps Ahead the organisation which Penny has developed over the last 10 years.
Penny trained as an instructor of mindfulness with Bangor University in 2009 and is currently working as a supervisor at Exeter University linked with their project in mindfulness. She works alongside parents and families, young entrepreneurs and people within business. Recently she has been asked to be involved in a research project looking into how mindfulness may help with fibromyalgia and chronic fatigue.

Kirsteen has loved music since early childhood. She studied piano, singing and violin at music college and, after receiving her Diploma in Music, went on to work with adults and children, with and without learning difficulties, teaching piano and using music and folk dancing in a therapeutic way. Having sung in many different types of choirs over the years, she now runs two acapella choirs, including "Sing for Joy", the Ringwood Community Choir, and also runs a regular circle dance group.
Her varied experience includes providing accompaniment for village pantomimes, playing recorder and calling dances in a ceilidh band, as well as running singing and folk dance workshops.

DAVE TOWNSEND, originator of the Mellstock Band and the West Gallery Music Association, has been researching, publishing, teaching and performing music from this repertoire for over thirty years. He has presented workshops and classes for choirs and music festivals all over the U. K. and as far afield as America and Africa. Dave is a well-known singer and instrumentalist, and one of the leading researchers in west gallery and village band music. As arranger and composer, he has provided music for film, television, radio and theatre, and for numerous recording projects. With The Mellstock Band he plays concertina and fiddle, and sings.

To hear a West Gallery Workshop in action: Youtube